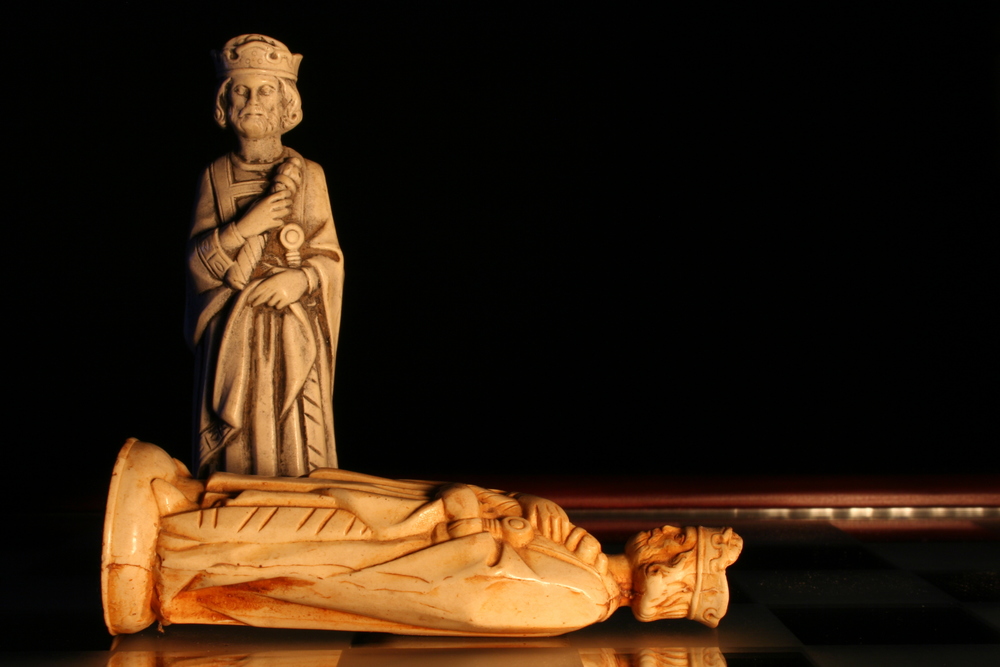 Actor mimes holding a baby in his arms, beaming with pride. He speaks to the audience.

This has to be the greatest moment of my life! And I got it all on videotape. The whole process was such a miracle. Michelle did great. (to God) Lord, how can I ever thank You for this child I’m holding? I give him over to You. I promise I’m going to give 100 percent to the task of parenting. You can count on me. I never dreamed being a dad would be so satisfying. I feel complete. I promise I’ll be twice the dad my father was to me. (to himself) He needs a strong biblical name: I think we’ll call him Absalom.

Actor turns his back momentarily, then begins to speak to his son (not seen by audience) in an angry tone.

Absalom! How dare you defy me! You are going to be in hot water when we get home. No laughing or running in church! You are embarrassing the whole family! Can’t you see that? You aren’t a baby anymore! You are five years old! (Suddenly turn his focus toward the unseen pastor. He suddenly transforms from anger to all smiles.) Oh, hi Pastor Ted. Just talking to my boy. Yes, he sure is growing. We all enjoyed your message today.

Actor turns around again and has a seat in a chair. He pantomimes holding a phone to his ear.

I know it’s the third night in a row, but this is what they pay me to do, Honey. I’m a manager now, and I think I have a good chance of becoming a vice president. (Listens) Well, you certainly enjoy the extra money, don’t you. (Listens) That’s not fair! Everything I do is for you and Absalom. I’ll be home in an hour. Michelle? Michelle? (He hangs up the phone and turns around.)

When actor turns back around, he is pantomiming a repair.

Absalom, hand me that Phillips. Not the flathead, the Phillips screwdriver, son! How was youth camp? (half listening, but focused mainly on the repair) What’s that? (listening) You want me to teach you what? To pray? I thought that’s why our church hired a youth minister.

Actor turns, then faces the audience, stooped and older.

Lord, I know I promised I would give You my son. I meant to do that. I meant to take the time out of my schedule to really teach him. I guess I was so wrapped up in trying to make a living that I forgot. I thought if I gave him a lot of material things, you’d handle the spiritual. I was wrong. He’s on the west coast now. I haven’t seen him in two years. But, what hurts even more is that, even though he is distant from me, he’s even more distant from You. “‘O my son Absalom! My son, my son Absalom! If only I had died instead of you.’” (whispered) “‘Absalom, my son, my son!’”