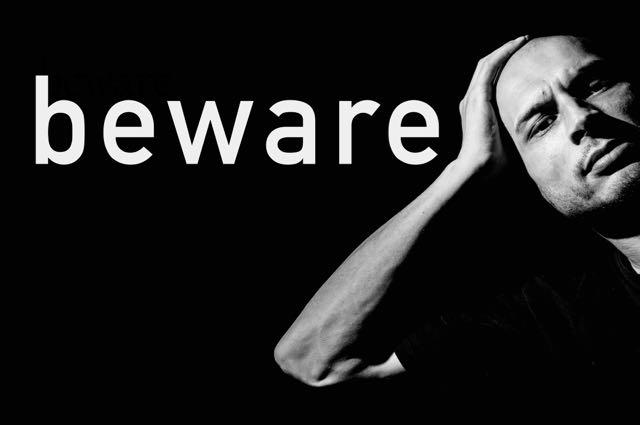 Many years ago, I encountered a madman and he happened to be a pastor.  He hired lots of young, idealistic staff and questioned them at every turn. They would all eventually limp away from the church he pastored wounded, shrouded in shame, self-doubt and anger. The harder they worked and the more they succeeded on projects and relationships, the more brooding and vindictive he became.

Throughout the years I’ve encountered many madmen and a few madwomen. I’ve learned through the years that most of the time, fighting a madman isn’t worth the time. It’s often better to just focus on yourself lest you become one. And if I’m going to be totally honest, I am quite capable of being that madman.

Here are a few characteristics of a madman.

They are often high-energy players. They love to win and they refuse to admit when they make a mistake. Actually many madmen in our culture are uber-successful because of the win at any cost mentality. Even in the church, they can be crude, slanderous, bullying and willing to lie about anything in order to get what they want. The difficult thing for many people is that if that leader represents a worthy cause, those under him will often throw character issues out the window for the hope of the success the strong leader represents and promises.

Paranoia saturates the environment of a madman. A madman often speaks of feelings of being lied about or persecuted, or believes in conspiracies against him. The madman will make accusations with little or no supporting evidence. They have a general distrust of others even their allies. A madman just says stuff, suggests stuff without anything to support his claims, as if saying something makes it a reality.

God scattered madmen throughout His word as a recurring reminder that if you dance with a madman, you will, in time, regret it.  Here are a few symptoms of the madman known as King Saul:

David was so successful that Saul gave him a high rank in the army. This pleased all the troops, and Saul’s officers as well.  1 Samuel 18:5

The madman will play the people in his life-like a game of chess. He embeds shadow missions and subplots into his decisions. The madman looks out for himself and the approval of the masses as he forgets his first desire, to serve and give glory to God.

When the men were returning home after David had killed the Philistine, the women came out from all the towns of Israel to meet King Saul with singing and dancing, with joyful songs and with timbrels and lyres. 7 As they danced, they sang:“Saul has slain his thousands, and David his tens of thousands.”

Saul was very angry; this refrain displeased him greatly. “They have credited David with tens of thousands,” he thought, “but me with only thousands. What more can he get but the kingdom?”1 Samuel 18:6-8

Envy is such an insidious state and no one is immune to it. Who hasn’t felt envy at an awards ceremony, or on Facebook, or at a performance? We all struggle with it, it’s just that some of us are a little further down the road of recovery than others.

The madman is capable of volcanic anger. One moment you see a small puff of smoke and then the next moment, a virtual shower of lava. These moments of rage often happen privately and sometimes publicly. For the madman/pastor we sometimes see it from the pulpit and call it passion.

The next day an evil spirit from God came forcefully on Saul. He was prophesying in his house, while David was playing the lyre, as he usually did. Saul had a spear in his hand and he hurled it, saying to himself, “I’ll pin David to the wall.” But David eluded him twice.

Proverbs warns us to beware.

Make no friendships with a man given to anger and with a wrathful man do not associate.  Proverbs 22:24

Perhaps you’ve known of someone who found themselves as the punchline of someone else’s joke and then from that moment they were set on defeating that person. A madman will cultivate revenge for years. The truth is revenge is never really sweet. It doesn’t work.  But don’t tell the madman.

Now Saul’s daughter Michal was in love with David, and when they told Saul about it, he was pleased. “I will give her to him,” he thought, “so that she may be a snare to him and so that the hand of the Philistines may be against him.” So Saul said to David, “Now you have a second opportunity to become my son-in-law.”
1 Samuel 18: 20-21

The madman weaves a web using relationships as thread connecting everything back to himself.

Saul tried to pin him to the wall with his spear, but David eluded him as Saul drove the spear into the wall. That night David made good his escape.

The strategies repeat themselves over and over again through the life of a madman until he breaks apart or dies. Once a madman is broken, great things are ahead for the madman. It was too late for Saul. He never found his shalom he so desperately needed and truly wanted from time to time. We should take pity for the madman. He’s really not enjoying life. I have been that madman from time to time. It’s hard, complicated work.

The lesson I’m learning: Never fight a mad man, least you become one.

Be like David, who perhaps remembered the scripture he learned in Sabbath School: The Lord will fight for you, and you shall hold your peace and remain at rest.
Exodus 14:14

If you fear going mad (and we all should), please do these things:

Therefore if you have any encouragement from being united with Christ, if any comfort from his love, if any common sharing in the Spirit, if any tenderness and compassion, then make my joy complete by being like-minded, having the same love, being one in spirit and of one mind. Do nothing out of selfish ambition or vain conceit. Rather, in humility value others above yourselves, not looking to your own interests but each of you to the interests of the others. In your relationships with one another, have the same mindset as Christ Jesus: Who, being in very nature God,did not consider equality with God something to be used to his own advantage rather, he made himself nothing by taking the very nature of a servant, being made in human likeness. And being found in appearance as a man, he humbled himself by becoming obedient to death— even death on a cross!

How to Solve Your People Problems by Alan Godwin