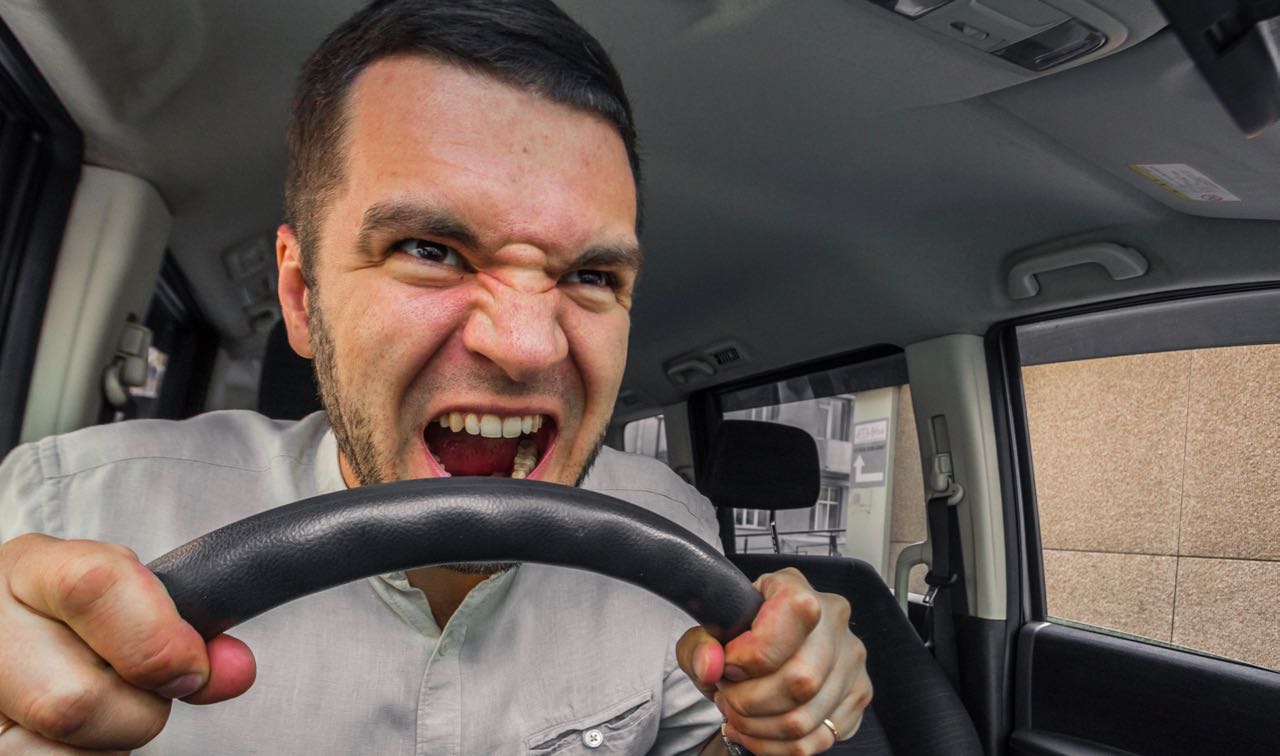 What is it about driving that turns a normal guy into a crazed lunatic? We’ve all seen it, haven’t we? But I think I have some clues:  Men love races and the road is subliminally set up like a race. There’s a destination.  There are green lights, red lights, stripes, places for pit-stops and every journey ends with an imaginary finish line. It is soin my blood and I’m not NASCAR guy.  I’m at the gas pump and I want the family to finish using the facilities because I look at all the cars on the road and somewhere deep in the synapses between the cerebral cortex and the hypothalamus gland, a voice is whispering as I watch them whiz by, “They’re all beating you!” Where did this voice come from? Did I watch too many Dukes of Hazzard reruns? Do I secretly adhere to the creeds of Ricky Bobby? Was I traumatized by my brother’s victory at the Super Speed Go-Cart Derby?

Most guys that I know talk to the other vehicles. I see them. Is this therapy? Does it really help? We know they can’t hear us but that doesn’t stop us from blurting out the snarkiest observation we can think of. I thought it was just an American deal until I went on a mission trip to Guatemala. They were just as annoyed and perhaps even more assertive than American drivers.

I think it all started with a guy in 2 Kings named Jehu.  If you want a picture of road rage, look no further. Whenever you find Jehu in the narrative, he’s either racing around the Northern Kingdom in his tricked out chariot with the spinning hubcaps or he’s shooting his arrows all over the suburbs. He actually ran over wicked queen Jezebel with his chariot. He was so notorious in his chariot that people around town thought reckless driving and Jehu were synonymous. Note the following passage:

Again the watchman reported… “The driving is like that of Jehu son of Nimshi—he drives like a madman.”2 Kings 9:20

When you get behind the wheel think about Mary on her donkey, not Jehu in his chariot. We’ll all be a lot safer and sleep a little sounder. And if someone tells you that you drive like Jehu, that’s not a compliment.  That’s a warning! You might need extensive counseling.