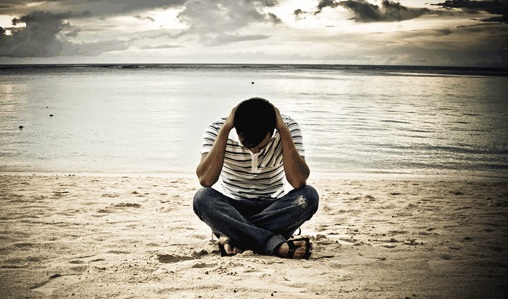 David and his men arrived in Ziklag on the third day. The Amalekites had raided the Negev and attacked and burned down Ziklag. They also had kidnapped the women and everyone[a] in it from the youngest to the oldest. They had killed no one but had carried them off as they went on their way.

When David and his men arrived at the town, they found it burned down. Their wives, sons, and daughters had been kidnapped. David and the troops with him wept loudly until they had no strength left to weep. David’s two wives, Ahinoam the Jezreelite and Abigail the widow of Nabal the Carmelite, had also been kidnapped. David was in a difficult position because the troops talked about stoning him, for they were all very bitter over the loss of their sons and daughters. But David found strength in the Lord his God.

Ziklag experiences… Everyone has them.

These are Ziklag days.

As you read the narrative, put yourself in David’s sandals. Questioned, doubted, David became a scapegoat for all that was evil, unjust and wicked in the world. What a horrible place to be! But David had a strategy for this day in Ziklag. For the people who doubt the relevance of biblical narratives, I would invite them to cross into the unincorporated village of Ziklag and look into the eyes of God’s anointed one- David of Bethlehem.

What are some lessons we can learn from this scene in the sordid story of David? There are so many! Here are a three:

To get the victory when no one is in your corner, you’d better learn how to find strength in the Lord.
(Verse 6)  The King James Version is strong: “But David encouraged himself in the Lord.” There will be times when we have to preach to ourselves. When all seems to be lost and we’re on the back-alley road of abandonment, we have to know how to encourage and strengthen ourselves.

Not everyone who starts with you in a battle will be by your side at the end.
Not everyone in your world has the capacity to finish.  (verse 9) It’s hard to see the people which whom you’ve rejoiced, wept, prayed, and struggled suddenly leave you. It’s just life. It happens. People give up, give out, and lose hope. But this is when you have to say “adios”and keep on going.

To experience the victory, you’ve got to keep going.
Winston Churchill said it best: “Success is the ability to go from one failure to another with no loss of enthusiasm.” We can’t lose our zeal for the fight despite what others around us are doing. (What a great lesson for our kids!)

Think about times when you personally had a Ziklag experience.  What was it?

Keep going. And remember to encourage yourself in the Lord. The battle’s not over. It’s just getting interesting.