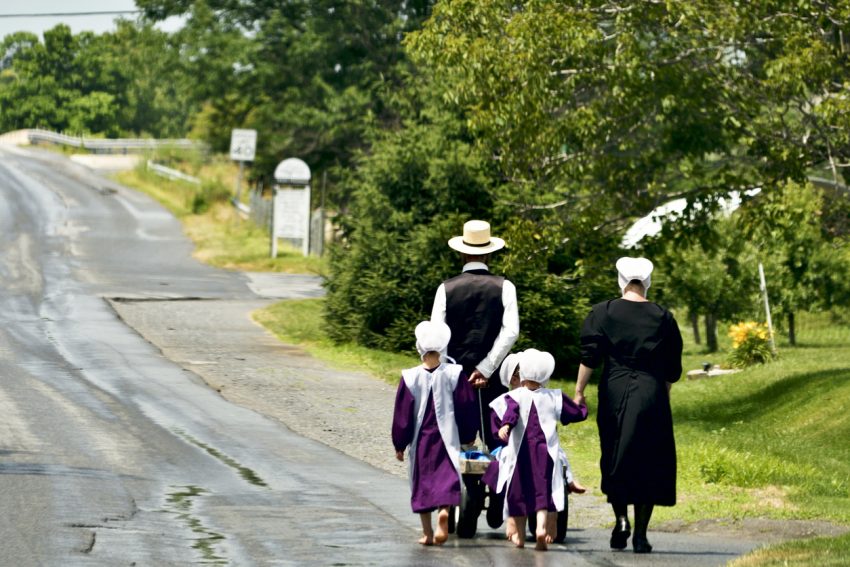 All was well in the Amish community in Lancaster Pennsylvania until a deranged man mercilessly shot 10 Amish girls and then turned the gun on himself in 2006. How did they respond to this shocking loss? Amazingly, the Amish community didn’t blame. Instead, they reached out with grace and compassion toward the killer’s family. They understood the importance of forgiveness, not for the killer’s sake. He was dead. But for themselves. Why? Because living in unforgiveness is debilitating.

Most of us will not have to endure that depth of offense. Most bitter people didn’t become a bitter person through the act of a single dagger. Most bitter people are dying from a thousand paper-cuts. The girl that rejected him… The backroom deal in the company that cost him a promotion… The humiliation experienced years ago from a father’s rage… Whether we can reconcile the relationship or not, we must forgive.

We get stuck. We fantasize about vindication. We look at relationships surrounding the offense with malice. We cling to bitterness as our beverage of choice. We talk about it to people who have no business hearing of it. We dream about going back, doing things differently, saying something more damaging, or avoiding the offense. For many, this becomes a lifestyle that poisons every relationship they enter. It’s insidious.

Jesus is clear on this. In order to be forgiven, you must forgive. That’s easy to say but hard to do. And yet this is a primary hallmark of Christian manhood. It’s a heart issue. Who knows? Forgiveness might just save your life.

“He who cannot forgive breaks the bridge over which he himself must pass.” – George Herbert

2 thoughts on “Forgiveness is More about You Than Them”