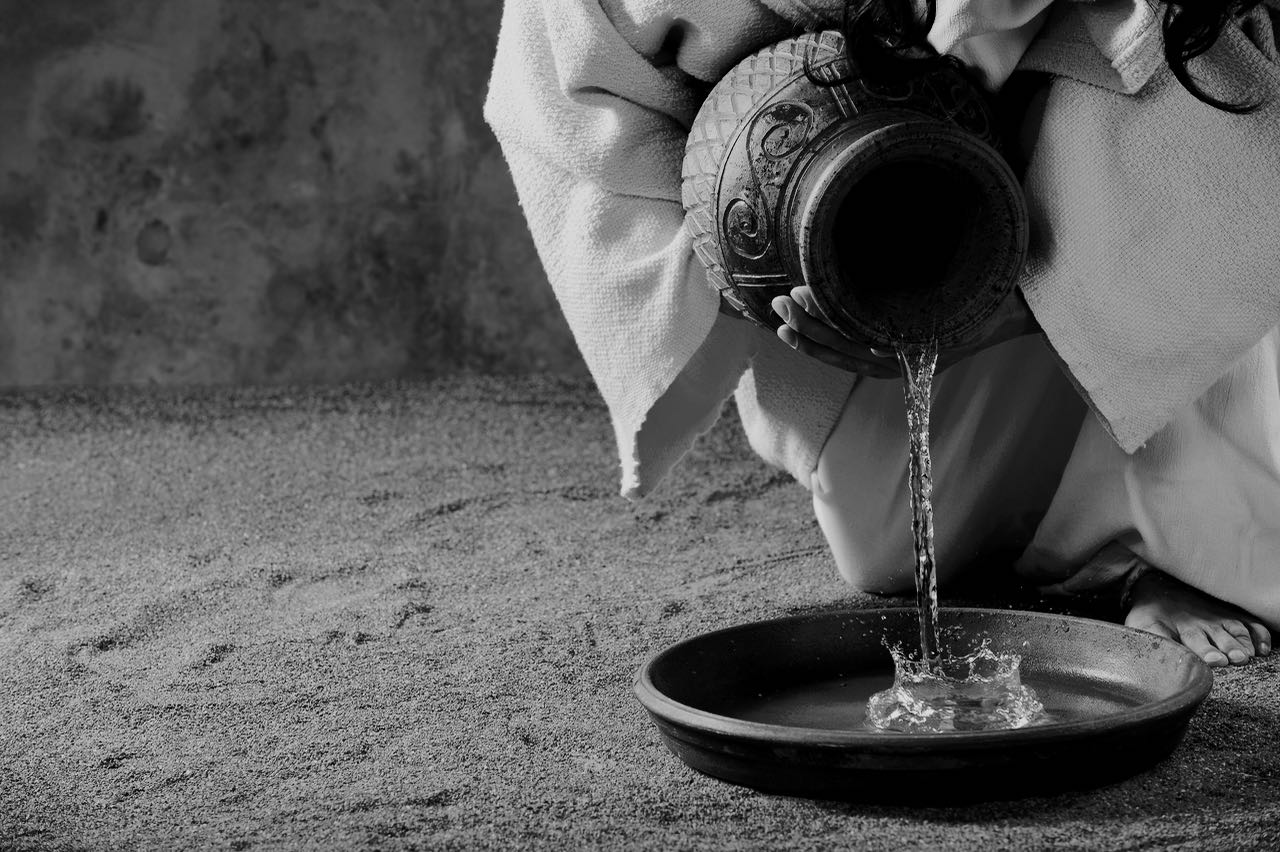 On the night of His betrayal, we enter a room of remembrance.

The age-old ceremonial question from the Pesach Haggadah-“Why is this night different from all other nights?” would never be as relevent as it is tonight.

We see Jesus as host and caregiver. He would feed. He would gather. He would reassure. and he would wash. A maternal glimpse into the eternal Savior… The Master of the feast became the Servant.  We see Him with water, basin and towel, baptizing the feet of His friends including a betrayer, a denier, and a skeptic. Yes, they are there too.

When we see Jesus stooping before the dusty feet of these men, we see Him as rabbi and deliverer of a helpless newborn infant called “The Church.”

As I witness this seminal gesture of grace, I look into his eyes and I see a host of friends; brothers and sisters.

I see the mother of an autistic son who gives daily to one unable to return love.

I see a family gathering around the bed of their dying matriarch singing “How Great Thou Art” as she silently mouths the words until her breath is no more.

I see the son, whose father is seized by the cruelty of dementia.  The father doesn’t recognize him and flies into rage without a clue of cause. Still the son returns to ease His pain and day after day hoping for at least one good day this week.

I see the wife whose world has been shattered by her husband’s five month affair. Even with unimaginable wounds, she chooses to forgive and is welcoming him back, for better or for worse, until death do they part.

I see the minister at the homeless shelter praying with an man fighting for his sobriety. It’s been five days– with no food, bath, or shelter– only whiskey. But the minister is there to offer him hope.

I see the voluteer in the hospice, feeding ice chips to ease the suffering of a woman whose family is too broken to attend to her.

I’ve witnessed all these people and when I do I hear the sound of holy rags and water, dusty feet. And I see the eyes of my King.

What an honor to personally know all these people. They remind me that the glorious incarnation is all around us.