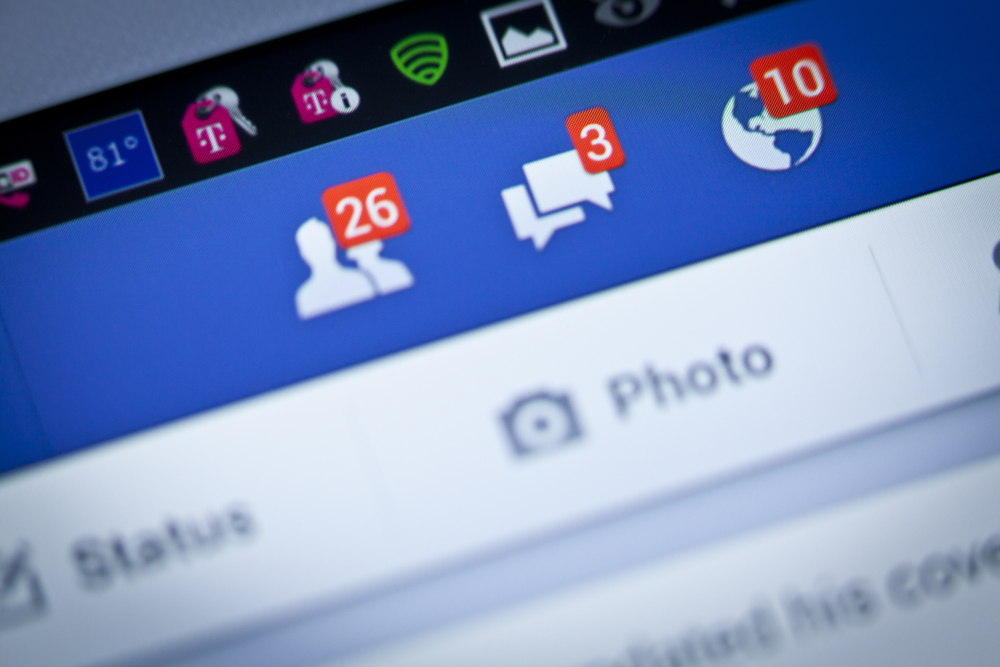 In the Facebook world, tags are huge.  People can find you, click and tag you as being you!

“Hey there’s Philip.  I know him but nobody’s tagged him!  Oh the dismay of a person who’s not tagged in a picture! And so we grab the mouse we click and we tag him in the photo.  Long before Facebook, the Internet, or even the keyboard- no, much further than that, God tagged us. His tag changes everything. Before we became connected with God (not through Facebook) but through life itself, the air we breathe, the things that we did, we were tagged. Long before there were oceans and orangutans, there was a God who had your face in his imagination. He knew this day before he created you. Before you had one strand of DNA, before your parents met, before the earth was formed, God wanted you and he made a plan to redeemed you.  Today, let’s take a look at three of the many tags God placed upon our lives as believers.

5 He predestined us to be adopted through Jesus Christ for Himself, according to His favor and will, 6 to the praise of His glorious grace that He favored us with in the Beloved.

Adoption is a rich word. It’s rich because it means that God does not stand beside us supporting us. It does not mean that God in some way simply sponsored us. No. The God of the universe reached out and over and into his creation and placed his hand upon us He adopted us has sons and daughters. What an amazing treasure! He didn’t employ us. He didn’t simply support us. He didn’t watch us from a distance. The divine author of the universe did not only come to us and rub shoulders with us but he chose us! He said “you’re my family.” He said “I’ll be your father.” He said, “there isn’t a price that I wouldn’t pay for your redemption. Because you’re my child.” It’s a kind and wonderful concept that God chose us but it’s even more exciting when we realize that he adopted us his family.

We are a part of an everlasting g family.

2.  We are tagged as Redeemed

7 We have redemption in Him through His blood, the forgiveness of our trespasses, according to the riches of His grace 8 that He lavished on us with all wisdom and understanding. 9 He made known to us the mystery of His will, according to His good pleasure that He planned in Him 10 for the administration[d] of the days of fulfillment[e]—to bring everything together in the Messiah, both things in heaven and things on earth in Him.

As unbelievable as it may seem, we are redeemed. God calls us redeemed. He has purchased us and He has forgiven us.

Verse 7 makes it very clear that the redemption isn’t something that we have accomplished in our own good works. The exact opposite is true. The redemption that we receive in the core of our being does not come from us but rather from the blood of Jesus. He has forgiven our trespasses and He is given us life. This is the deep nature of the redeemed.

In verse 8 we read the word lavished. In other words, this is not some teaspoon redemption. It is not a redemption that is microscopic in any way. This is a full-on, wide-open redemption. God holds nothing back from us.

This kind of redemption is hard for us to wrap our brains around because we live in a capitalistic society. In our society:

We are judged by results.

We realize that this redemption has nothing to do with us. We are not the focus of the work that caused our salvation. Why? The answer is clear. We are redeemed because God found pleasure in doing so.

We are freed by an everlasting sacrifice.

How did we fall into this amazing family? Paul is clear.  It all has to do with Jesus.  I once heard a professor say that Jesus Christ is the lead actor on the human stage. I love the way that sounds. And the “human stage” adds a certain crowning preeminence to the Person of Jesus. But the metaphor falls short. It isn’t high enough. It is much too limiting to say that Jesus is the protagonist or to say His name is listed on the program above but near to St. Paul, Martin Luther (and King Jr. too), and a score of bit actors like us. Paul makes a point of lifting Jesus up higher than that. To use the theatre metaphor, Jesus is the playwright, executive producer, director, owner, and founder of our story. He is over everything.

Brennan Manning wrote it like this: “Our longing to know who we really are—which is the source of all our discontent—will never be satisfied until we confront and accept our solitude. There we discover that the truth of our belovedness is really true. Our identity rests in God’s relentless tenderness for us revealed in Jesus Christ.”

11 We have also received an inheritance in Him, predestined according to the purpose of the One who works out everything in agreement with the decision of His will, 12 so that we who had already put our hope in the Messiah might bring praise to His glory.

13 When you heard the message of truth, the gospel of your salvation, and when you believed in Him, you were also sealed with the promised Holy Spirit. 14 He is the down payment of our inheritance, for the redemption of the possession, to the praise of His glory.

Not only were we redeemed and adopted. God went a step further. He tagged us as heirs.  He proclaimed that we would be the recipients of an incredible inheritance that was given to us through Christ Jesus.

We are blessed with an everlasting inheritance.

When we are a part of God’s family we are adopted. We are recipients of an eternal inheritance.

Oh, to live in the love that sent a sinless Savior to a dying world to claim us as yours!

He is no fool if he should choose to give the things he cannot keep to buy what He could never lose.

Isaac Watts said it this way:

When I survey the wondrous cross

On which the Prince of glory died,

My richest gain I count but loss,

And pour contempt on all my pride.

Paul writes in the letter to Philippians:

I want to know Christ and the power of his resurrection and the fellowship of sharing in his sufferings, becoming like him in his death, and so, somehow, to attain to the resurrection from the dead.

The Message Bible puts it this way:

I gave up all that inferior stuff so I could know Christ personally, experience his resurrection power, be a partner in his suffering, and go all the way with him to death itself.

Is there any finite ecstasy, happiness, any exhilaration with an expiration date that could compare to eternal adventure with someone so awesome that he created the hammerhead shark and the hummingbird? Could there be any thing greater than to know him intimately?

Behold what manner of love the father has given unto us that we are called the sons (and daughters) of God.

Were the whole realm of nature mine,

That were a present far too small;

Love so amazing, so divine,

Demands my soul, my life, my all.

If only we could make this our obsession—

Not for our own glory, not that we can stand before heretics and say, “I told you so.” Not because we are good- far be it from us to think that we in ourselves deserve the title “good.” Our righteousness is nothing.

May we have such a hunger for God, such a desire to enter into his chambers, such a hope to see the holy smoke and fire, to be baptized into the extraordinary and exiled from the typical. May we not miss the bliss of God’s pleasure and the breeze stirs by the wings of angels.

Do you want to know Christ this who has loved you before there was you?

Conclude with the reflection song by Casting Crowns:  “Who am I?”

Father, I thank you that you have given us a different way to live our lives. We realize that the battle for our lives is really a battle for identity.  We often see ourselves as insufficient, cursed and unsatisfactory. We know that’s not the way you see us. You see us wrapped in your righteousness. Prepared for your purpose.  Eternally important and deeply loved How can this be? Is your love, grace and freedom really that strong? Strong enough to know us, claim us, redeem us and empower us?

Lord, outside of You we are a vanishing vapor, a fleeting flower… here today, gone tomorrow. But in your words you say that we are valuable. We are chosen

We are Yours forever. We are set apart. We are being transformed. Help us to live with that perspective. Help us, as difficult as it seems some days.