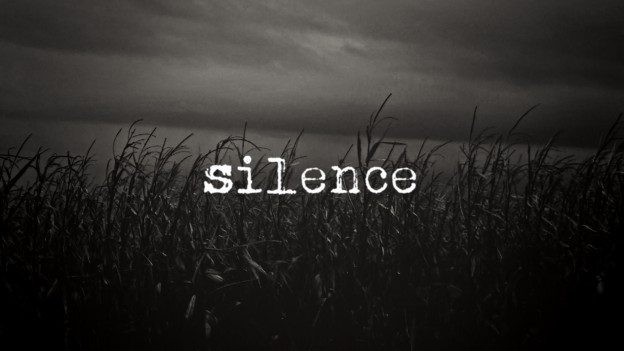 I love this phrase. It is a three word equalizer. Whisper it when you become scattered and life is chaotic.

Perhaps it was all that fiery fundamentalist preaching I heard growing up or maybe because I had coaches that only spoke in loud, louder, and ear-ringing, facemask-grabbing vibrato. But I imagined God’s voice as a booming voice. However, I’ve learned that if you want to hear His voice, you’ve got to lean in a little. He speaks softly. He whispers. And so often listening involves shutting everything else off.

Elijah learned this lesson at a low-point in his life when he was running scared from a controlling, powerful woman.  That must have been quite a day!  He wakes up to the aroma of fresh bread baked by an angel. Sometimes when we are exhausted and emotionally drained, the best thing we can do is to have a bite to eat.  There’s something wonderfully sacred about that. Notice, God didn’t strike him dead for his lack of heroism and abundance of fear. He fed him. That’s grace. Elijah went into solitude for forty days. He heard the wind. God wasn’t there. He heard the fire.  Nope. Not there either. Then he heard God in a whisper. Are you taking the time to listen to the voice of God? His voice is grace and nourishment for the hungry soul, like freshly baked bread over an open fire. His ready to speak, but Jesus is a gentleman. He’ll never interrupt.

Recipe for Settling the Instrument