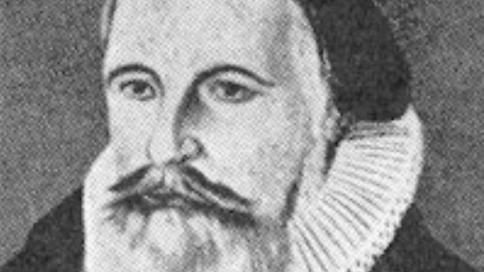 O may this bounteous God through all our life be near us,
With ever joyful hearts and blessèd peace to cheer us;
And keep us in His grace, and guide us when perplexed;
And free us from all ills, in this world and the next!

Martin Rinkart (1586-1649) wrote the hymn quoted above. Ornate, yes, but not lacking in both grit and glory. This verse wasn’t written in a vacuum. Martin had plenty of reasons to be perplexed, if not completely horrified. During the Thirty Years’ War, Martin watched as refugees flooded his town. The Swedish army surrounded and choked the city, which created a putrid cocktail of famine and disease. People died by the hundreds. And at the end, Rinkart was the only minister left—doing 50 funerals a day.

That’s the backdrop of this famous hymn that’s been sung for over 400 years. One can’t help being astounded by the tenacious faith of Rinkart and the song that came from it. But isn’t that just like life? The songs that really stand the test of time are songs that we sing when we are bleeding. It is certain. We will all bleed in the future- some from the scars of addiction, divorce, rebellion, illness, or betrayal. No one gets out alive, at least metaphorically. And when you’re bleeding you’d better have a song. The song is what stops the bleeding. It’s also what you’ll be remembered for.

It’s true! The best letters were all written from prison. Paul’s make up a third of the New Testament. The best songs are sung in jail. Paul proved that too. Stuff happens when hurting people sing. Paul also learned the secret and he shared it with us in his letter to the Philippians. Learn to be content in all circumstances. (And sing a little too.)