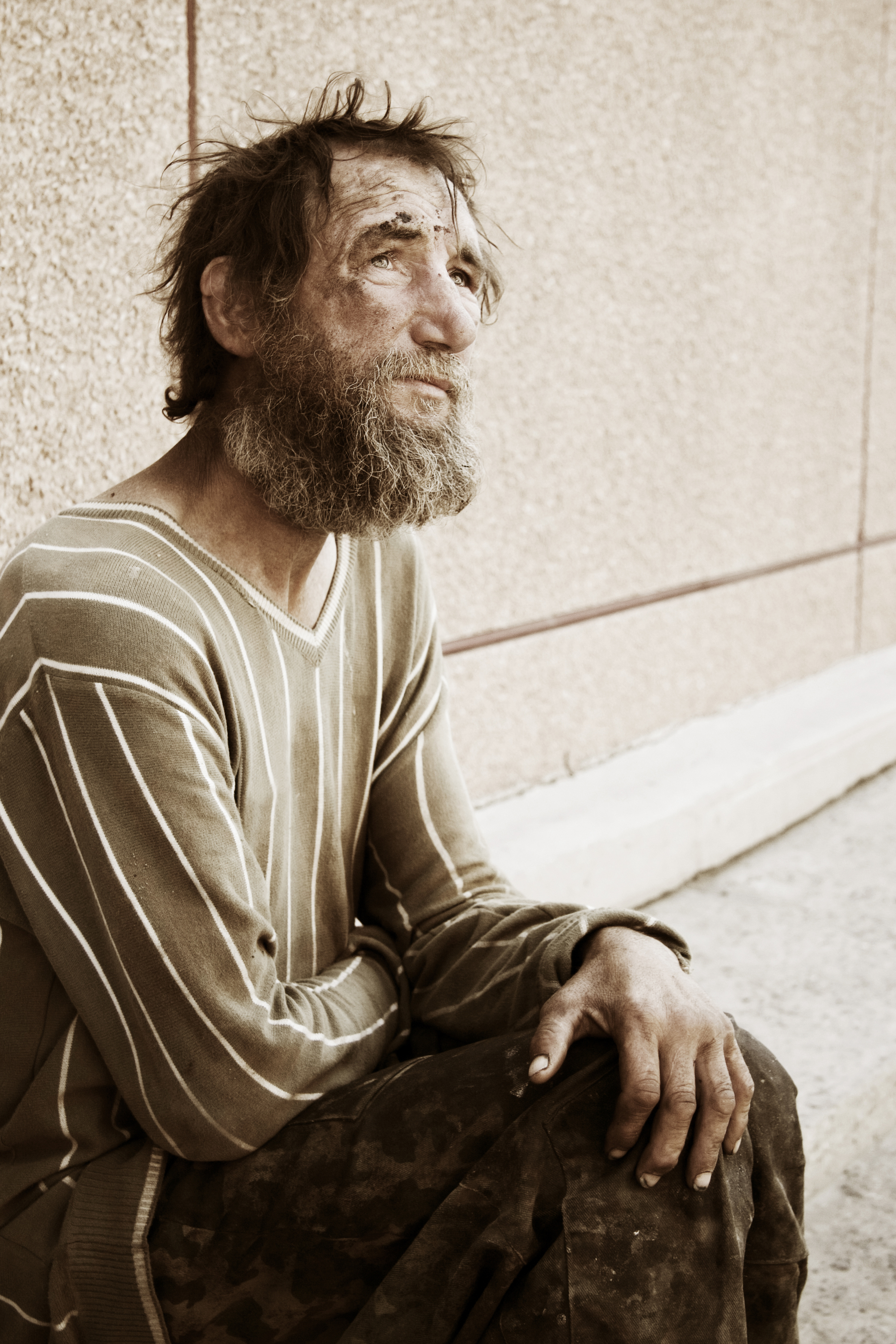 There once was a church on a hill by the bay,
with a wonderful spirit of love, you might say,
till a ragged stranger came inside
and rumors abounded far and wide.
Some thought he came from a shelter or prison,
and feared he might cause the church shame or a schism.
He’d invite total strangers and give money away.
And he really didn’t care what the members would say.
His friends didn’t smell clean as most church members would,
and in the eyes of the deacons, he brought more than he should.
The pastor spoke discreetly of this ragged man,
“He doesn’t fit our strategy plan.”
Brother Rupert said, “Don’t you see?
He laughs too loud and sings off key!”
Clara was concerned about relations and such.
She said, “He plays with the children too much!”
Jed, the chairman of ministry troops,
said, “None of our leaders want him in their groups!”
But the ragged man went on his way,
serving the church on the hill by the bay.
Scrubbing the toilets and cleaning the floors—
these were the ragged man’s ministry chores.
On Sunday they dreaded his unsightly appearance
and prayed that he wouldn’t cause strange interference.
They said, “Our church has stood too long
to be tainted by him and his curious song.
This man’s a menace to this congregation!
He’ll tarnish our image and fine reputation.”
They were tired of this ragged man’s presence inside,
and they locked all the doors so he wouldn’t reside.
A wicked northern blew a blizzard their way
as the members sang hymns in the church by the bay.
They sang to drown out his normal arrival,
as the blizzard threatened the man’s mere survival.
As the church members sang, their voices grew stronger,
each heavenly note was held longer and longer.
The winds blew that storm to the bay like no other
and covered the corpse of that unwanted brother.
The storm passed and they went on their way,
the members of the church on the hill by the bay.
They didn’t see the heap of snow
nor the ragged man buried below.
Yet beneath his old gloves buried deep in the snow
were the wounded hands pierced by nails long ago.
If they had looked closer at this man with no bed,
they’d have seen thorn-driven scars on the brow of his head.
And if they had embraced him, they surely would have cried,
for they would have felt the sacred wounds on his back and his side.
And if they had sought to know this man so odd—
they would have met face-to-face—Holy—Omnipotent—God.