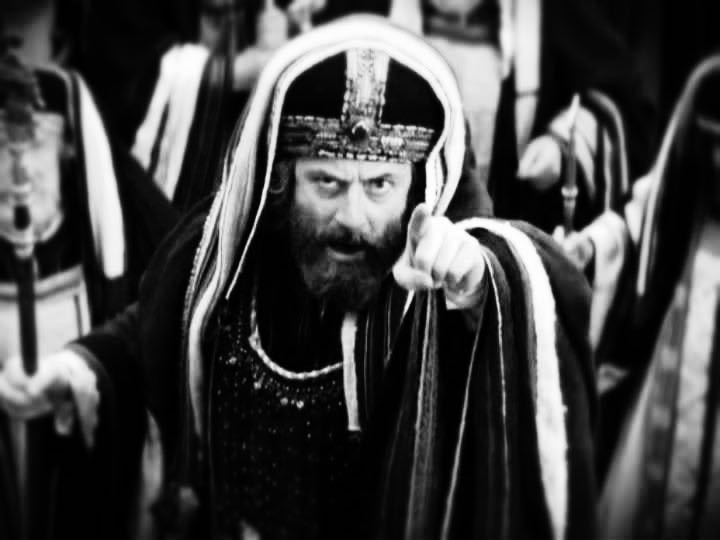 Let’s take a familiar journey to the foot of an ugly hill of slaughter outside the walls of Jerusalem. Your imagination has been there before, I’m sure. It was the auction block of the cosmos. Jesus Christ put everything on the table for us, willing to bear the brunt of a fallen world to rescue us.

I’d like you to listen to two very distinct voices.

The first voice reeks of sarcasm and mockery. The religious leaders who came to this showdown of power spewed forth words that will haunt them for eternity: “He saved others, but He cannot save Himself! He is the King of Israel! Let Him come down now from the cross, and we will believe in Him.” (Matthew 27:42 HCSB)

In other words, “Jesus, we knew you couldn’t defeat the power structure we’ve developed here. We’ve seen your miracles, we’ve witnessed your grace, we’ve heard Your teaching. Let’s see you be the King now that your body has been crushed. Now that you find that all you’re followers except three have fled. You threw yourself against us and you broke. We are still standing.”

Jesus Christ, grace and love incarnate, spent the last few painful beats of his earthly heart listening to the voice of men void of mercy. Taunting, mocking, laughing- yes, reveling in this horrifying moment. Just for a moment, observe a world without mercy.

Now turn your head slightly and view the death of a scoundrel. He’s spent his life in rebellion. The reason for his punishment isn’t political or philosophical. His punishment was meted out on the altar of justice. There was nothing becoming of his story- no real excuses as far as we know. It was too late to rationalize, remunerate, compensate, or even apologize. He would soon slip into eternity unsure if the punishment would be even harsher there than here. But as he approached the end of his life he calls out to Jesus, “Remember me when You come into Your kingdom!” The man surely didn’t have a resume’ to remember. He didn’t have anything. But the voice of mercy spoke the words that encourage all of the unworthy scoundrels of the world, (writer included) “I assure you: Today you will be with Me in paradise.” (Luke 23:43 HCSB)

While judgment, greed, fear, and hatred rule the year, the day, the hour. Mercy will rule for eternity. Mercy accepts the screwups and the misfits. It redeems the outlaws and miscreants.  The entire whole of the Gospel is mercy that saves.  We must reflect the grace of a God who gave His only son away to the rabble of the world in order to rescue us from our own tyranny and falleness. This opus declares the truth seasoned with love, hope, mercy and grace. It heals the heart and strengthens the soul. Mercy is the default of the Divine.

Cowards are cruel but the brave love mercy and delight to save.

When our country loses its love of the poor we have lost our identity.