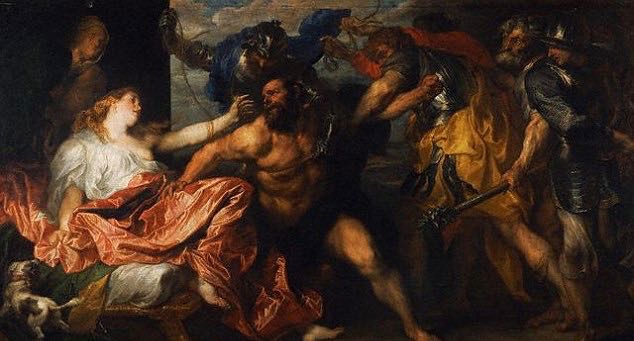 This book cannot be tamed. It’s not a comedy of manners complete with tea and crumpets. It’s gritty. It is messy. It is divine. I had the wrong idea for a very long time. I used to believe that the Bible was an answer book when all along it was a book comprised of something much greater than answers.

The Bible isn’t just a set of archaic stories for scholars to debate. God help us all if we ever go the way of so many puffed up proof-texters debating Greek verb tenses and  excoriating each other about immoveable objects and unstoppable forces.

This is a Book of danger. Sometimes the good guys die before they win. There are moments of last-minute rescues, unmerited grace, and ultimate victory because there is a Hero who walks over the face of this Book. He’s on every page. He’s in every heartbreak and mindbending moment.

He’s in the stone that sent a giant falling like a tree.
He’s in the furnace that blazes but never burns.
He’s in the deep closets of hopelessness.
He’s riding on the waves.
And we get to see Him soon.

The Bible will ambush your preconceptions and lay siege to the beachheads of your loneliness. I pray the revolution of Holy Words begins today—from your habits to your mission. I pray that everything will be focused around the voice of God; but not in a safe, calculating way but rather in a radical, holy way. It’s the only rabbit hole worth falling into. Listen to the whisper of God through Scripture. Let this journey consume every corner of your life.

When the journey is over, let’s meet up at the big feast. I’ll be the guy trying his darndest to shake hands with Jeremiah.