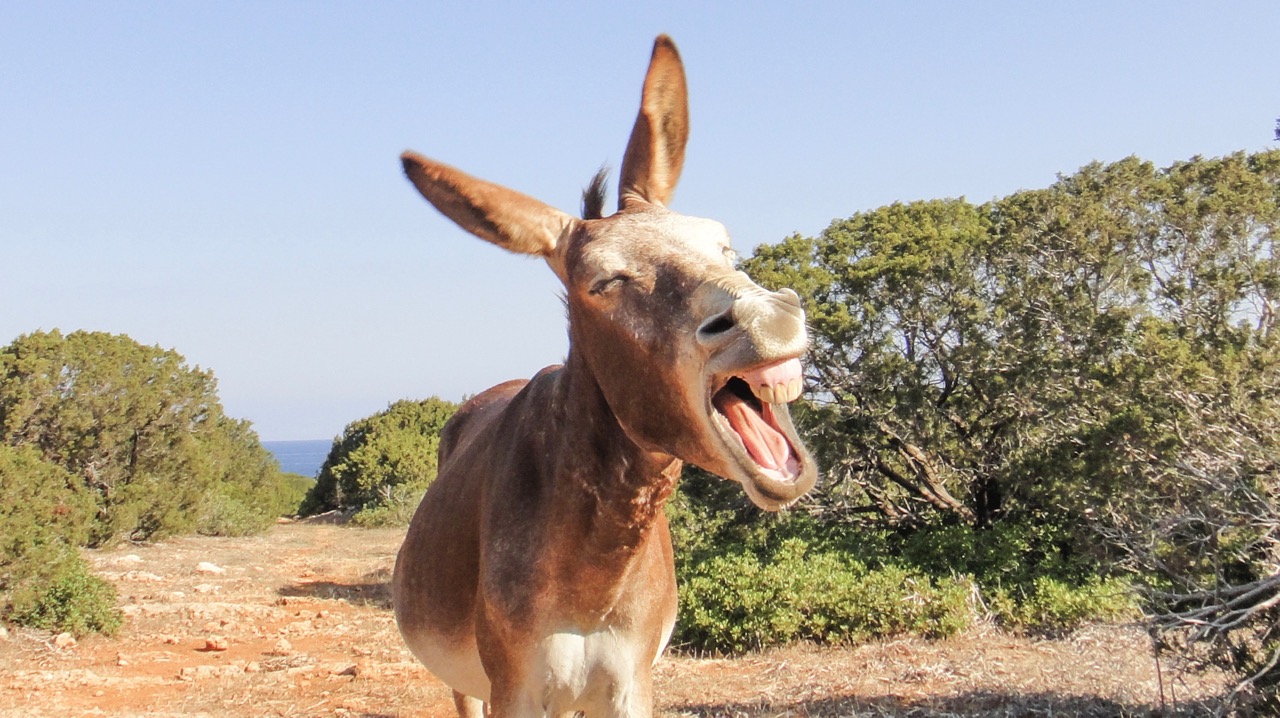 Siri and I are having issues. I believe I lean too much on her and I forget that she does not have the capability of an administrative assistant, as most commercials would assume. She’ll take me to Cracker Barrel when I want to go to Kroger. She’ll call my blood donation center when I ask her to call my wife. She scheduled me for a dental appointment for April 17th 2086 when I asked her to put it on my calendar for April 7th, 2018. It embarrasses Darlene. She says that shouting at it will not make it better, especially at the church welcome center. I’ve tried all the hacks I’ve heard of. Checking my settings, powering down the phone, tilting the phone at a 40-degree angle, reciting the pledge of allegiance to it ten times. But the phone remains as mystified by me as I am of it.

There’s a smart phone in the Bible. Sort of… I found it in Numbers 22 without the aid of the “find-my-phone” app on my computer. Actually it was a donkey-an upgraded smart donkey to be exact. For a few moments, this Shrek-like donkey spoke when his navigation was questioned. The owner of this smart donkey, Balaam was commissioned to place a curse on the people of God, but evidently the smart-donkey knew better and refused to go a step forward. He wouldn’t cooperate- much like my smart-phone in downtown Dallas.

Balaam shouted words similar to the words I have said to my phone a thousand times:

And for the first time in the history of the animal kingdom, a donkey replied,

“But the donkey said, “Am I not the donkey you’ve ridden all your life until today? Have I ever treated you this way before?” (Verse 30)

Just a note here- This is exactly the kind of sentence structure Siri uses when I realize that she led me down a dead end road on the wrong side of town. Who knew that a donkey’s first sentence would be so grammatically correct? This causes me to conclude that donkeys are smarter than we give them credit. The next time someone calls me a donkey or other words synonymous to donkey during rush hour traffic, I’m going to take it as a compliment.

The entire story is proof me that the real inventor of the smart phone is God. It just came in the form of a donkey 3500 years earlier.