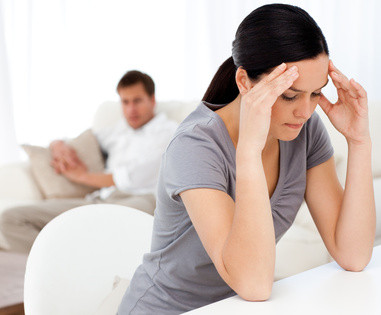 He: We have a message for Anna.

She: It’s not one that we can simply speak. Because Anna sometimes doesn’t even know who she is. Not that she is mentally incapable. Not that she has some type of ailment or handicap.

He: Anna is simply not easily found.

She: But she’s there.

He: We try not to think about her most of the time.

She: But she can’t help herself. She’s Anna. That will never change.

He: She lives in a town not too far from here.

She: Closer than you may know. She grew up in a fine Christian home. Mom taught Sunday School, and Dad attended worship every now and then. He was a very busy man: a business man . . . business was his life, and life was the exception. He had mouths to feed and bills to pay. He cussed over the phone about missed deadlines and failed objectives. He was, in business lingo, “driven.”

He (as Dad on the phone): I don’t care how many times you’ve called him. Call him again! He’s got to change his mind about this. Visit his office. Woo him! Bend down and kiss his shoes. (Listening.) I understand that, but you’d better understand this: He’s a six-figure account, and if we lose him, don’t come crying to me when you see a pink slip. Call me first thing in the morning.

She (as Anna): Dad, I did it. I won first place in the poetry contest!

(She goes to embrace him, but he turns his back to her and speaks unemotionally.)

He: That’s great, Honey. Go show your mom. By the way, weren’t you supposed to clean up the living room on Tuesday? It’s a mess.

She (as narrator): And so Anna picked up the newspapers and vacuumed to the moon, but nothing on earth was to his liking. Words that were sterile and sharp pierced her.

He (as Dad): I don’t see how you can expect to grow up if you keep treating things like a child.

She (as narrator): Her heart bled.

He (as Dad): Poetry is good, but it won’t pay the light bill. Come back down to earth.

She: Her heart yearned to give itself away. This was the first man in her life. He fed her, clothed her. Even tutored her in algebra. But her heart wanted more than food and instruction. (As Anna): Merry Christmas, Daddy!

He: Thanks, Anna. Did you see what your brother gave me?

He: Could you hand me the pliers?

He: I’m sorry. What were you saying?

She (as narrator): Mind, heart, body, and soul, she searched for something,

He: something that she had never known;

He: an emptiness that echoed throughout the long midnight of her life.

He: . . . perhaps almost gone until in the ninth grade when she met Joe.

She: Joe was a junior. Played varsity.

He: He was mildly popular.

She: And for the first time in her life, or so it seemed, someone looked at her as a woman. They talked on the phone. Went out. They laughed.

He: Vital signs growing stronger. She was in stable condition.

She: Was this the thing that would fill her heart—that empty heart that sought a reason to live? Would this fresh bandage stop the loneliness that bled from her soul? She could only hope that it would. She wanted so much to be healed.

He (as Joe): I just don’t understand why. There’s no reason for you to be afraid. I’m not going to hurt you. I’m frustrated. I need you. Why don’t you just give in? I love you. What’s wrong with it? If you truly love a person, you should have the freedom to express it.

He: Hoping for what? Hoping that I would just stick around and wait for you to make up your mind about whether you love me or not?

He: You don’t even know what love is about! The only thing you care about is yourself. What about me? What about my needs? (He turns away.)

She (as narrator): Anna was an emotional orphan. She had no place to turn; and so like most orphans, real or imagined, she went to the door that was open. But the wound did not heal.

He: Something was wrong.

She: He used words that were as sterile and yet as sharp as her father’s.

He (as Joe): I feel like we’re a married couple. I need some space.

She (a phone conversation): Dad, I thought you’d be around. My birthday was Tuesday, and you didn’t even call.

He (also on phone): Did you like the car we bought you?

She: I don’t want your car.

He: . . . and went to Joe’s. He wasn’t expecting her, and neither was Joe’s friend. She was sitting on the couch with a smirk that only a 16-year-old can manage. Joe came outside, shut the door, and leaned against it.

He (as Joe): Somehow I knew it would come to this.

She: You lied to me!

He: We grew apart.

She: Why couldn’t you at least tell me about Lisa?

He: Don’t you get it, Anna? You’re living in a dream world! The thing you’re searching for doesn’t exist. You can’t expect everyone to live up to your fantasies of perfection.

She: How dare you! How dare you talk to me about fantasies. You taught me to believe in them. You liar!

She (as narrator): And indeed no one seemed to care. She felt like an object used for a season and then left on the shelf.

He: But she kept trying. Looking for something . . . someone to stop the bleeding. She married during her junior year of college; and she wanted to love him, to fulfill his needs and her needs as well. But the voices of those men of days gone by crept in through the back door.

She (as Anna): Why do you keep pressuring me, James? Leave me alone.

She: Why should I? You want me! That’s the bottom line. You want me for what I can offer you. Well, I can’t be had.

He: What are you talking about?

She: You’re not my father!

He: You’re absolutely right. I’m not your father. You’re the one who thinks I am!

She (as narrator): Emptiness.

He: Voices that whispered in the dark closets of her past.

She: Voices of the men who sought to use her and then cast her aside.

She: But in the distance she heard a soft voice. One that was almost drowned out by the rushing noise of circumstance and pain. But it spoke to her just the same.

She (as Anna): Leave me alone.

He: I will give you rest. I love you.

She: That’s impossible. If You say You love me, then You must not know me.

He: Anna. Please believe me. I know you. I know your every thought. Every moment I know where you are. I made every delicate cell and organ in your body. I love you. I died for you. If you come to Me, I will make you a new person.

He: You’re right, Anna. You can’t. Not alone. There is no one on this earth who is righteous. Not even one.

She: Why are You accepting me?

He: It’s not for you to understand.

She: I don’t think I can live up to Your expectations.

He: You don’t have to live up. Just live. I saved you not on the basis of deeds which you’ve done to become righteous. I saved you by My love. Anna, surrender is much different from earning. I’m not asking you to earn it. I just want you to come home. (Pause.) Come home to Me. Come home, My weary child . . . come home.