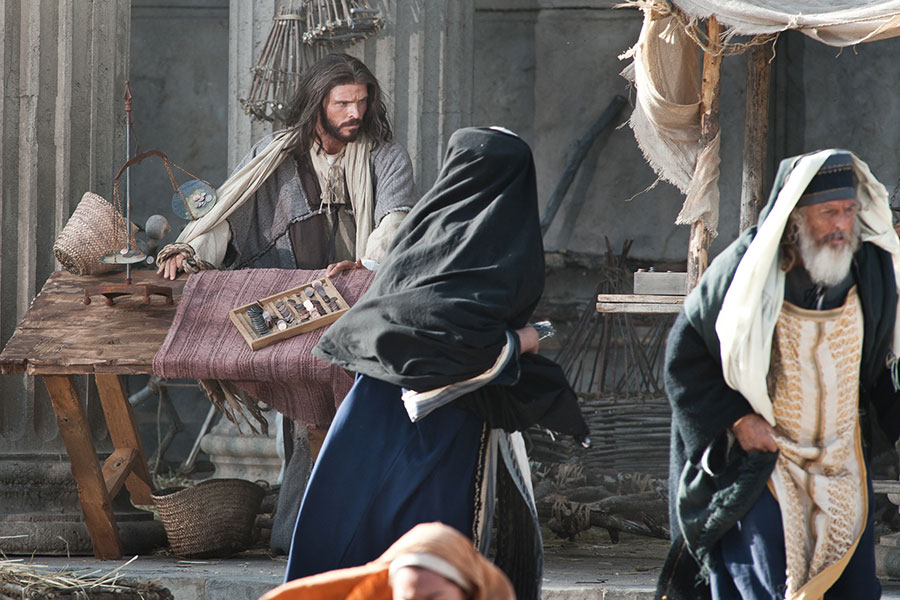 The second chapter of the Gospel of John contains two very different stories about the early years of Jesus ministry:

Then, seemingly out of the blue, the narrative shifts to a sudden altercation in the bustling market of temple courts during the most sacred season of the Jewish calendar: Passover. Christ disrupts the religious flea market. He experienced this year after year but now it was different.

Throughout history, people have assumed that Jesus somehow just flipped into a rage, but this subversive act was planned. He didn’t just grab a whip. He made the whip (John 2:15). With the might of a hundred soldiers, Jesus moved into a forward area of battle. His enemies weren’t the tax collectors, the Roman outposts of occupation or the idolators of false gods. He brought the fight to the religious apparatus that strangled the Jews, choking under the grip of legalism, filthy money and pseudo-holiness.

His angry declaration echoes into our souls even today. “Stop making my house a marketplace!”

It’s haunting to think of all the regulations we add to the cross in modern Christianity.  It’s crushing when we consider all the false precepts and useless items we purchase as a flimsy substitute for true spiritual intimacy with Him. This was the first cleansing of the temple. Another would follow at the advent of the week of His sacrifice. But Jesus is constantly cleansing my own temple of false religion. His whip is not a punishment for sins but a driving away of every false assumption I have of religious dignity. He hasn’t come to drive me away. He has come to scatter to the four winds of creation everything that separates me from his furious, relentless love.

Sometimes He comes as a shepherd gently guiding me to safety. Other times, He attacks the wolves of my own destitution and destruction.

Jesus remains a subversive figure. We are his temple and He has come to clean house.