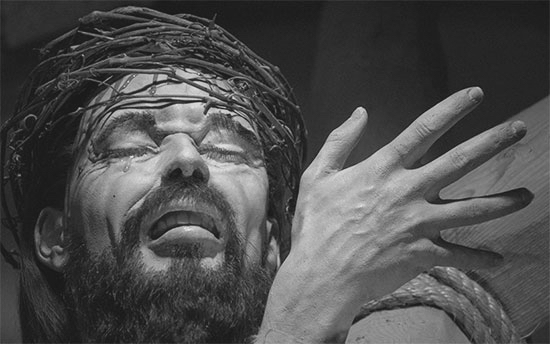 Today, I saw a Man walking a path meant for me.

I saw Him bear the burdens of my wayward steps. And as He struggled, I found release and freedom. He was captured, railroaded and sentenced in my place.

Instead He called me His friend.

His love, His wisdom, His majesty– all of this climatically appeared on this upward path. Before I drew a breath, grace poured down on me like holy rain cleansing the secret places of my soul.

From beginning to end, He has brought wholeness in the midst of my shattered frame.

He is straining under the weight of it all.

And He is enough.

And, hallelujah, enough to rise again.

But today I see him walking the lonesome road to undiscovered lands.

The blood of the One who calms the seas is now cleansing my soul.

Scars are giving birth to my salvation.

Yes, He could have called it a waste, a travesty, and an affliction.

But astonishingly, He called me